Things NOT to say to a breastfeeding mother

I knew I wanted to breastfeed long before I was pregnant with Nate. It's what my mother and sister did, it saves tons of money and most importantly you would have to be living in a cave to not be aware of all of the health and emotional benefits that come with breastfeeding. I certainly didn't (and still don't) care if other moms choose to breastfeed, but I knew it would be right for me.

So I knew what I wanted. But what I didn't expect, and what has completely shocked me, is that breastfeeding is a political issue. I was not prepared for people being against breastfeeding.  I mean, why on earth would anyone be anti-nursing?! I had no appreciation for the fact that so many cultural and institutional barriers exist in our society, so often preventing women from reaching their breastfeeding goals.  I was completely ignorant to the pain and guilt so many women suffer surrounding this issue.

But even more surprising was the realization that I had been part of the problem. Before becoming a breastfeeding mother myself, I would occasionally see a mother feeding her child in public and think, "cover up, do that in private, put your udders away," etc. I would hear of a mother nursing well into the second year of life and think, "enough already! time to wean!" I didn't realize how damaging these sentiments (especially when shared by so members of our culture) are to the health and well being of babies and moms.

Breastfeeding is hard work. When breastfeeding moms are supported at home, at work and out in the world they are far more likely to achieve their breastfeeding goals, and that leads to happy, healthier families. So I thought it would be a good idea to come up with a list of things not to say to a breastfeeding mom. Because sometimes people are just clueless. Often it's the subtle things that are said that can be damaging. Sometimes it's the more obvious.

The worst thing that was ever said to me was by a NICU nurse two or three days after Nathaniel was born. I was determined not to let our separation and the formula supplementation ruin our chances for future successful breastfeeding. I knew that the more he sucked from the bottle, the more difficult it could be to get him back to the breast. So I padded my way down to the NICU before every scheduled bottle feeding so that we could try breastfeeding before the supplemented formula. The feedings were scheduled every three hours and I would usually spend ninety minutes with him, then go back to my room for ninety minutes to try to rest and/or pump before going back down again. He was so sleepy. He wouldn't wake up and nurse, and I would often struggle in tears for over an hour to get him to breastfeed. 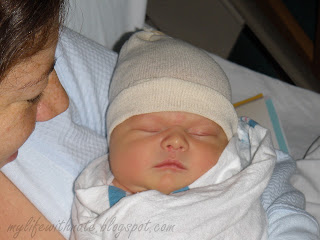 newborn Nate
One NICU nurse grew agitated with me and told me that I was "taking too long to breastfeed him" and that his feedings were "getting too close together. You wouldn't want to eat every hour and a half, would you?" She told me to try for five minutes and then give up and give him a bottle of formula. Of course now I know that it is completely normal for a newborn to nurse every hour and a half. I think she was annoyed that I was throwing her formula schedule off.  It would affect her for her whole twelve hour shift. But it would be our life. I knew enough to know following her advice and giving up would make it hard for me to produce enough milk, make Nate more prone to enjoying the bottle before breastfeeding was established and possibly screw up my entire plan of breastfeeding my son for at least six months. But I still hate her for making me doubt myself.

So what's the worst thing that was ever said to you about breastfeeding? The most annoying? The least supportive? What should they have said instead? Do tell!
Posted by Amber@Nater Tot at 8:11 PM