I am absolutely in love with this little monkey's face. So I tell him that he's cute about fifty times a day. He'll probably grow up to be all cocky, thinking he can get all the chicks - but I can't help myself.  And since he's a little sponge now, soaking in all the words he hears and spitting them back out, he's taken to telling me what he thinks is cuke. 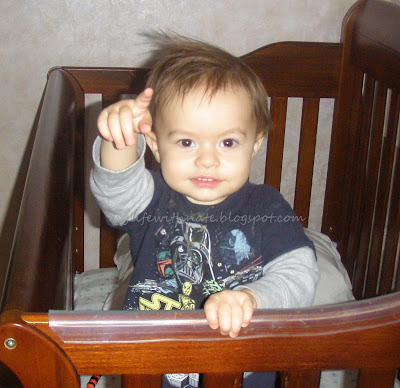 So what does Nate think is cute?﻿ Grandparents? Cuke. Daddy? Cuke. Ava (our dog)? Cuke. Elmo? Cuke. His books? Cuke. Avocado? Cuke. Beef (Black Eyed Peas)? Cuke. When I ask him if he likes something, and he does, he'll nod his head yes and say cuke. It seems that he thinks it means something similar to "good."  The subtle misuse only makes him more cuke, I mean cute. 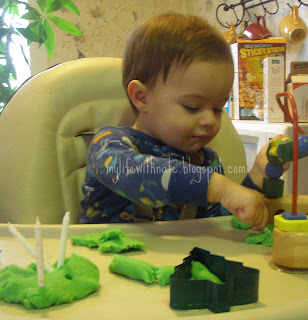 The play dough we made yesterday? "CUKE!"