Over the summer I mentioned how Nate liked to embarrass me by asking me to clarify the gender of every ambiguous person we passed.  In the comments of that post, my friend gave several fantastic examples of the embarrassment only getting worse once the kids get older. And of course, she was right.
Now, Nate wants to know (loudly and clearly) "who" every man and woman is that we pass in public, what they are doing and of course, what they are eating. If I am lucky, he will not point. When Nate is feeling giddy (which is often), he will just start yelling down the grocery store aisle, "EXCUSE ME, WOMAN!!!" to hopefully unaware fellow shoppers. Oh, yes, aren't two year olds just so adorable? 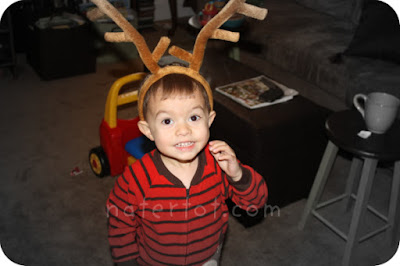 The other day at the library, we were checking out our normal stack of twelve to fifty children's books (which, by the way, I can no longer leave with Destructo unattended - am running out of scotch tape)  when Nate spotted a slender Sikh (I believe) gentleman with a long white beard. Yes, one guess as to what he asked me, not two feet away from the stranger. "IS THAT SANTA, MOMMY?!"