We had another great time at Queen's County Farm Museum. It was a gorgeous day and we got to hang out with great friends, loads of animals and watch farm equipment in action. 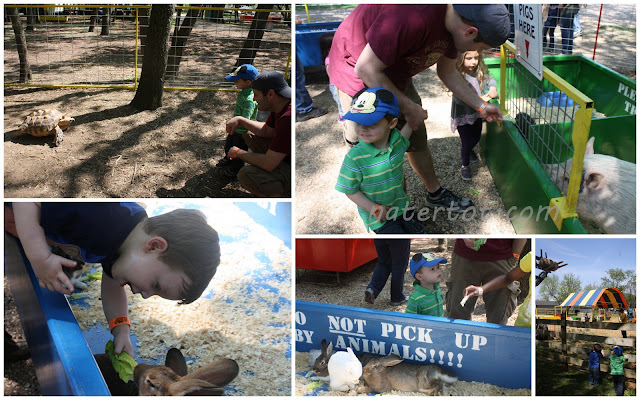 Too bad Nate and Jason don't really get along. 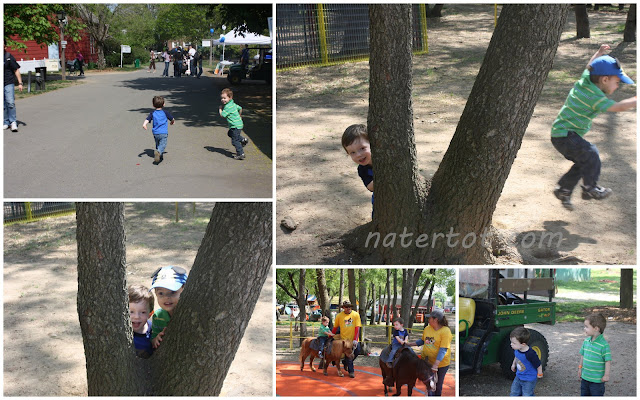 I like how my odd ball child went for a pickle on a stick ("pickle pop!") over ice cream or a sno cone. It looks like he's totally eye balling Jason's sno cone, but actually he was trying to entice him into pretending to sleep. Nate's doesn't care for real sleeping, of course. Only the pretend kind. 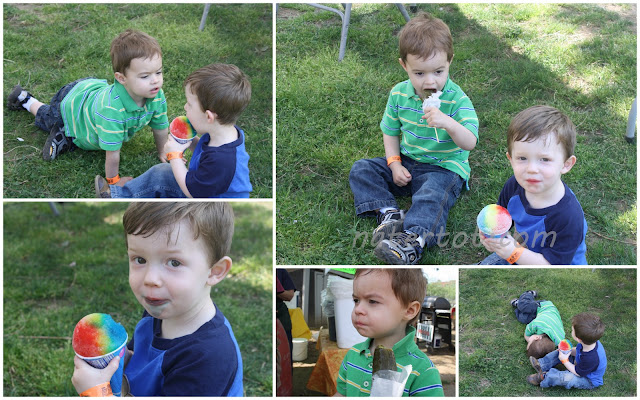 Nate's no stranger to the carousel, but this was the first time he got to ride a real live fast ride all by himself.  We were scared that he's freak out when it whipped around the corners. Silly parents. He was a big fan. 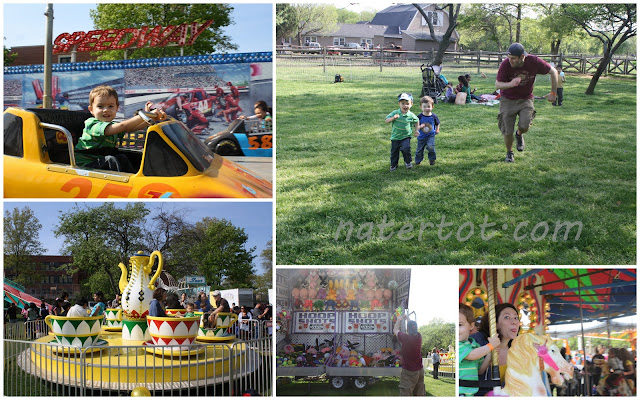 And this was the first time he played a real life carnival game too. While the giant Rastafarian bananas were tempting prizes, he opted for a purple ball (like Jason's yellow one) and sketchy looking teddy bear. 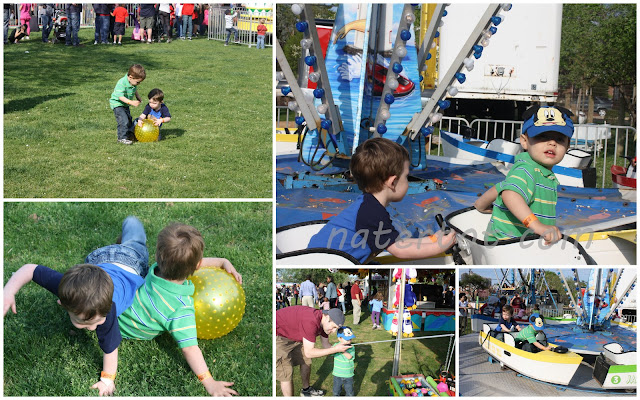