Memorial day was pretty awesome for Nate this year. Of course, like many people, he got to enjoy a great barbecue with his friends. But even more than that, the day involved two of his favorite things - U.S. flags (or as Nate calls them, "American flags of our country!!") and CLAPPING. 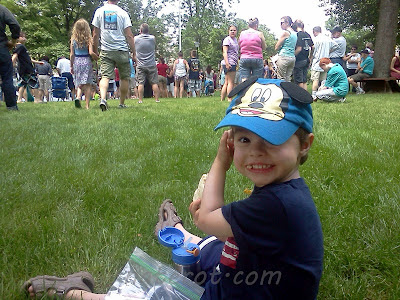 On our trip to the park that afternoon, we stumbled upon the the festivities of the next town over. Red, white and blue was everywhere, obviously, and we sat down on the grass and ate lunch. 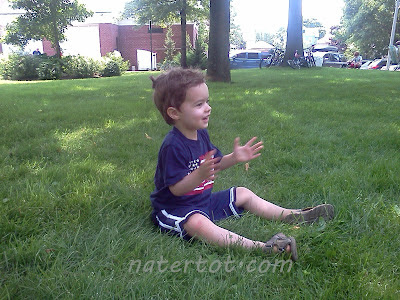 And since town officials were speaking and the local middle school band was playing the occasional patriotic song, there were lots of opportunities for clapping, which suited Nate just fine. 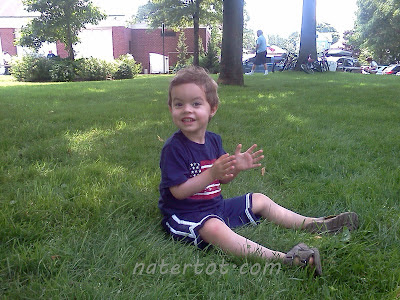 This love of clapping is new. Nate claps anytime anyone else claps. He claps when he's excited. And his teachers tell me that he also claps for all of his classmates. Now, in what context, I'm not really sure. But who couldn't use a little encouragement from their friend as they're trying to glue a cotton ball on a piece of paper or master the potty?
Posted by Amber@Nater Tot at 8:16 PM