A touching moment with my three year old

As I was getting Nate dressed for bed, I said, "Hey, I want to tell you something Nathaniel. I will always love you. No matter what." His response was a big smile. He then leaned toward me... 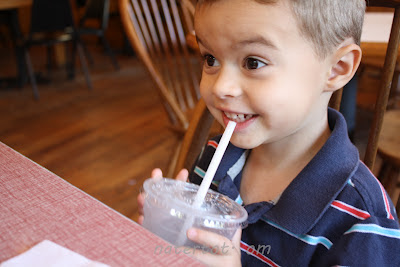 Nate has been fascinated with chopsticks ever since he learned about them on Sesame Street. We saw a pair of dinosaur chopsticks at a cute little store on vacation and he had to have them. Since then, I have had to cut everything into small bites so he can use his chopsticks (including cheese sticks and toast). On the bright side, he has eaten a ton of fruit and has only hit himself in the face once. 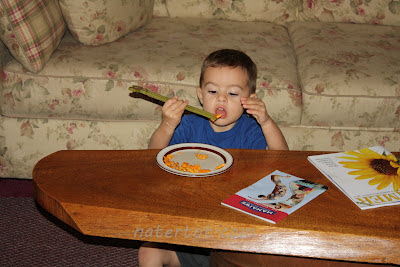 "Only get your FEET wet" 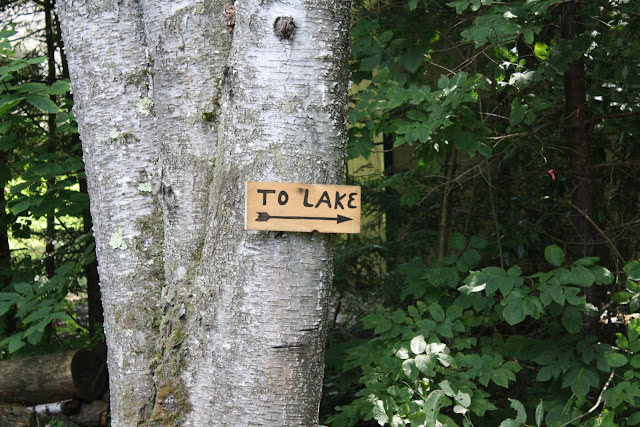 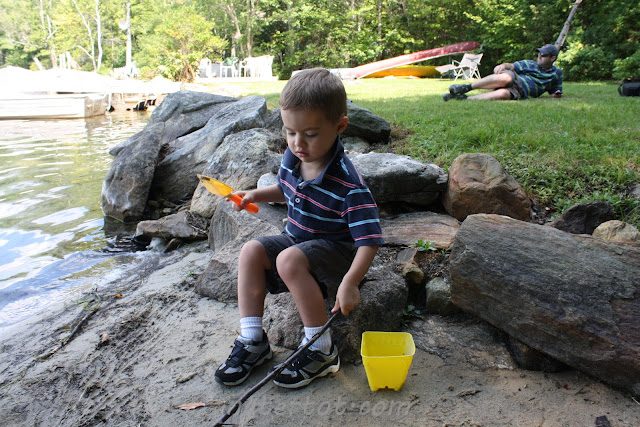 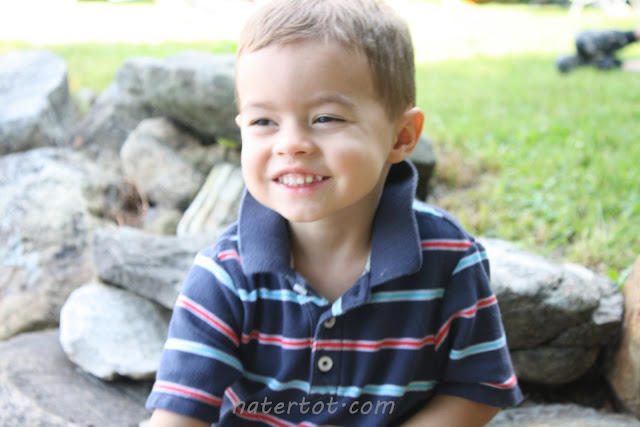 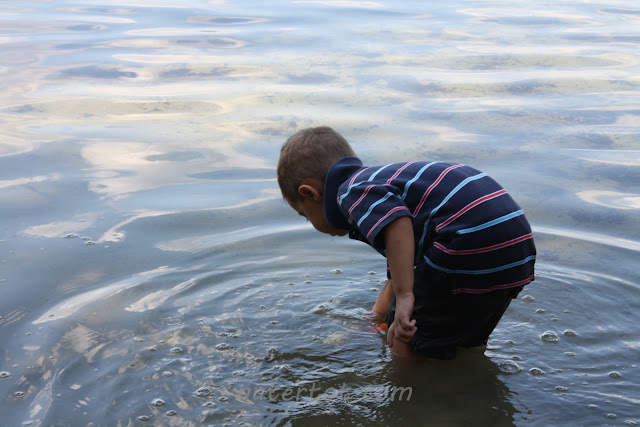 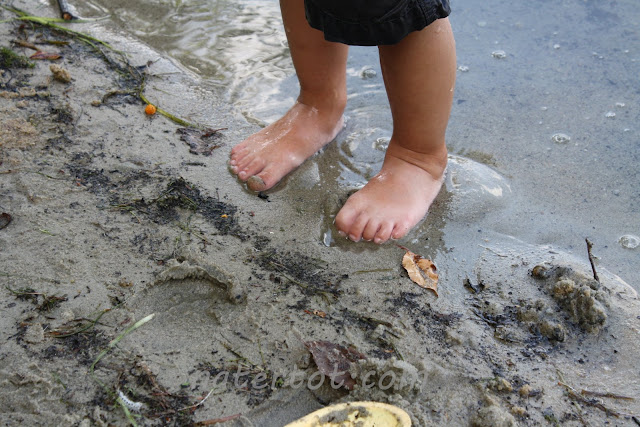 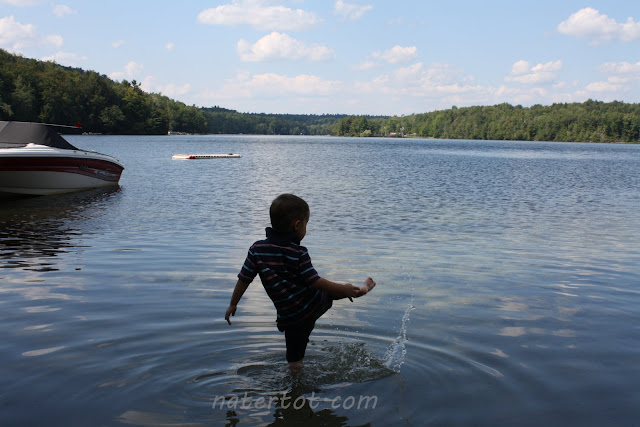 Nate got to experience his first "camp" fire this past week on our trip to the Berkshires in Massachusetts. And obviously the best part of a camp fire is the s'more making. Dave taught him him the fast, "set the marshmallow on fire" method, while I shared my technique for a nice golden brown one. Even though Nate actually tried a s'more (and loved it), he seemed to enjoy roasting the marshmallows more than eating them. It took me awhile to figure out we didn't actually need to waste the graham crackers and the chocolate. He was satisfied making a nice gooey marshmallow pile on the stump. 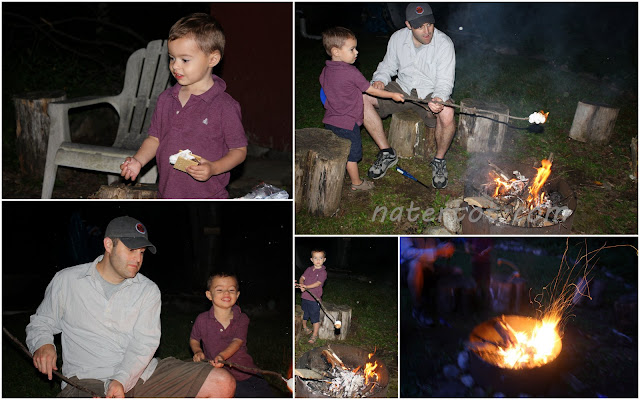 Nate turned three yesterday. Being the super mom I am, I forgot to buy a few things, including wrapping paper (and candles). Luckily, Super Nate didn't seem to mind that his gifts were wrapped in old Christmas paper and stuck in a big brown box. Nate opened all of his presents from mom and dad before 7:00 a.m. and we started the day at IHOP, for the long planned birthday breakfast at the "pancake restaurant." Although this had been a highly anticipated part of the day, Nate was just too excited to eat. This was a theme that lasted the whole day. He did make an exception for cake, later in the day, though. Obviously. You can never be too excited for cake. 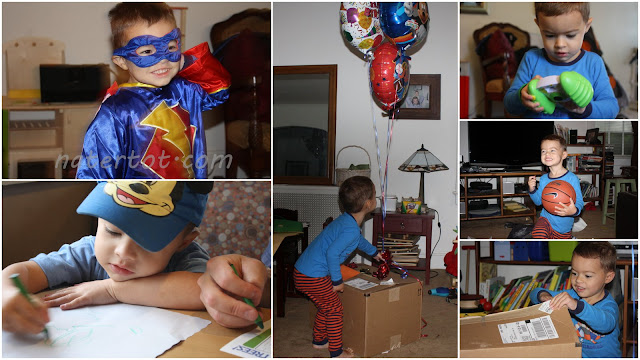 After breakfast, we took Nate's new basketball (and favorite present) to the courts to test it out. 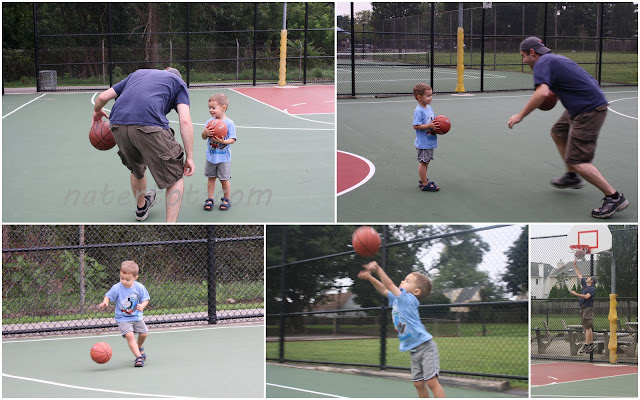 After refusing lunch and taking a super short nap, it was finally time for his birthday party at "the airplane museum."  The pictures below only feature him with his bestie, Jason, but many of his friends were able to make it. 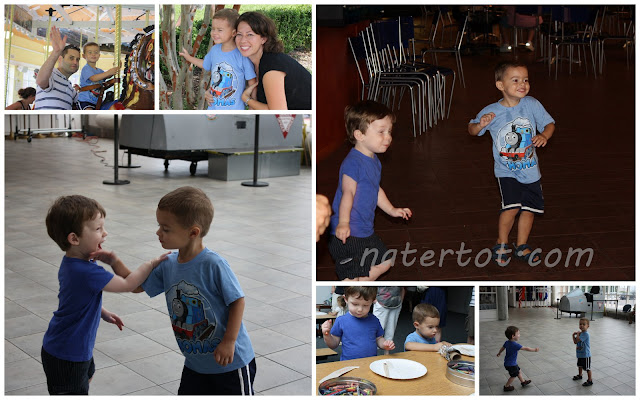 He had a blast making an airplane (then throwing it off the side of the balcony at the heads of unsuspecting museum patrons), eating a quarter of a slice of pizza, jumping and dancing to the music in his head and playing in the Jr. Jet play room with his buddies. 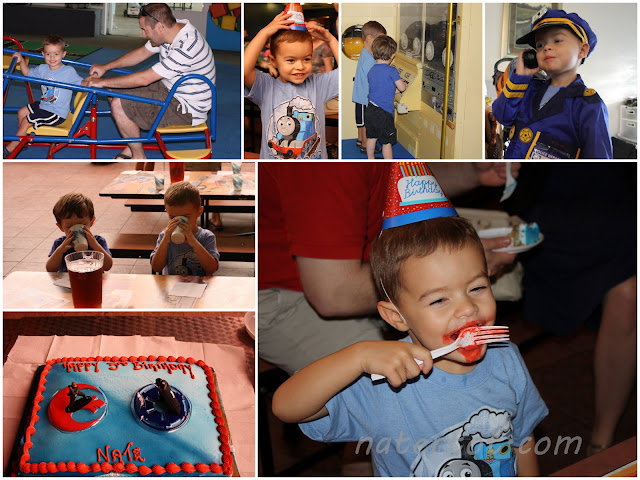 My son ate an entire cantaloupe in under 24 hours. 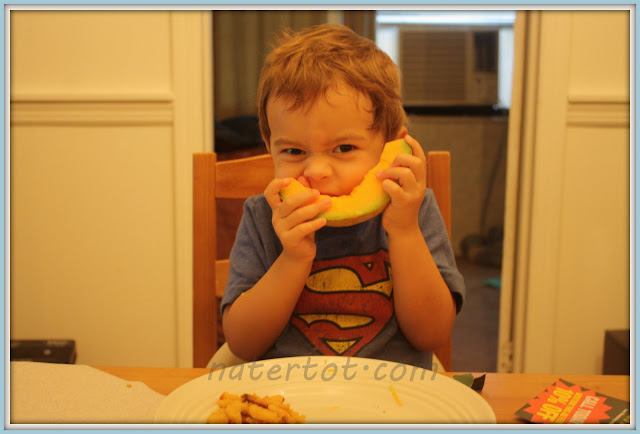 If you know my feelings on melon, you will understand that this is a deeply disturbing development.

And here is what you missed...

This is what we were doing in July: 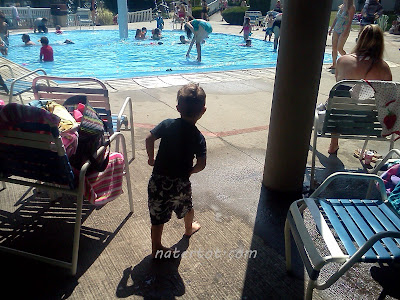 Going to the pool 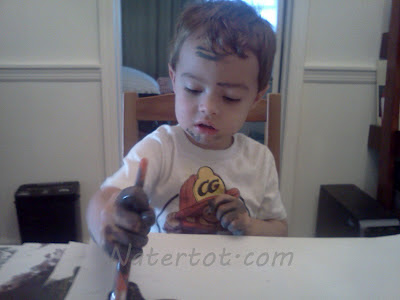 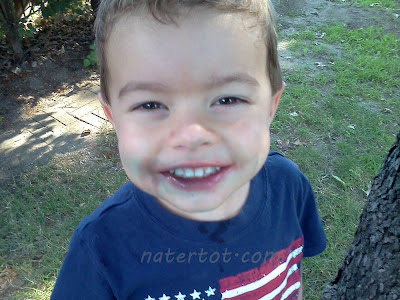 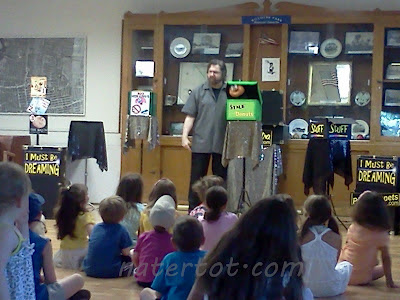 Hanging out with a guy who had a donut puppet 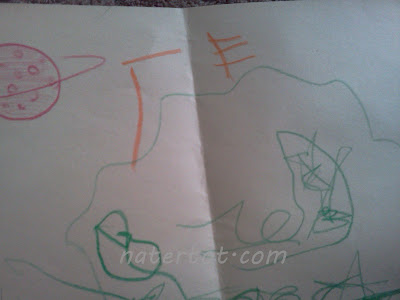 Being slightly obsessed with E.T., in a dyslexic sort of way 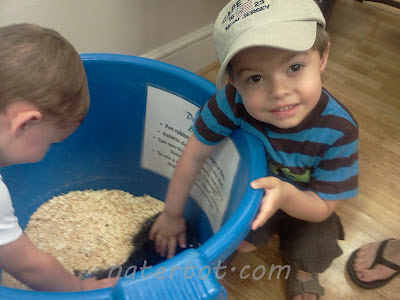 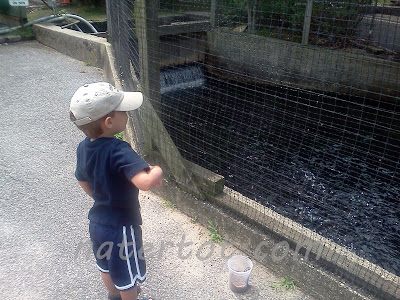 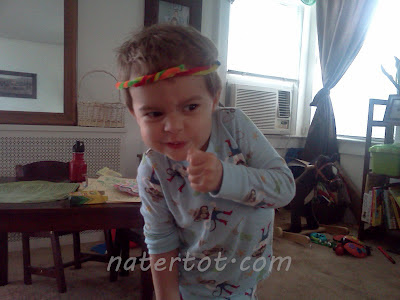 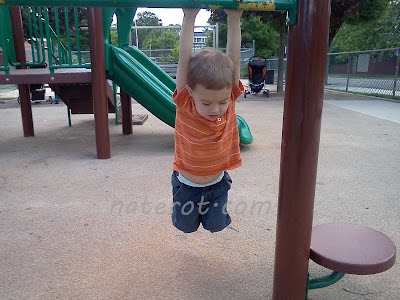 Playing at the park with friends (imaginary and real) 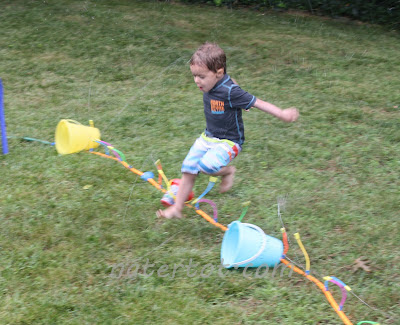 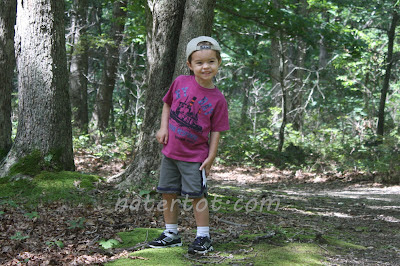 Pretending to be enthused about hiking, only to ask mom or dad for a carry after 3 minutes in the woods 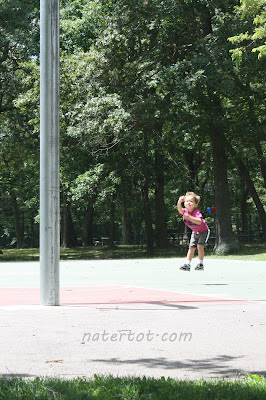 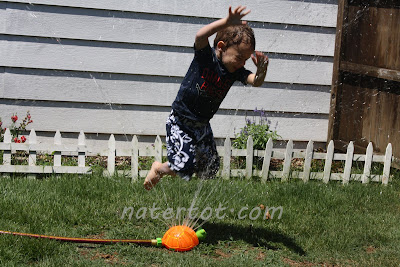 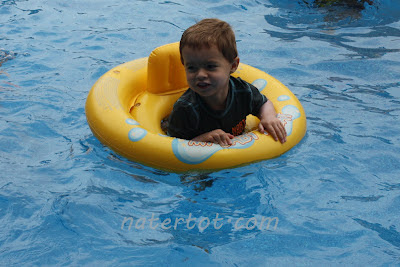 and swimming in friend's pools

What was happening in July

Apologies for being M.I.A. last month. To all who inquired, I am still alive. There was an encounter with zombies, but most of my brains have remained intact. 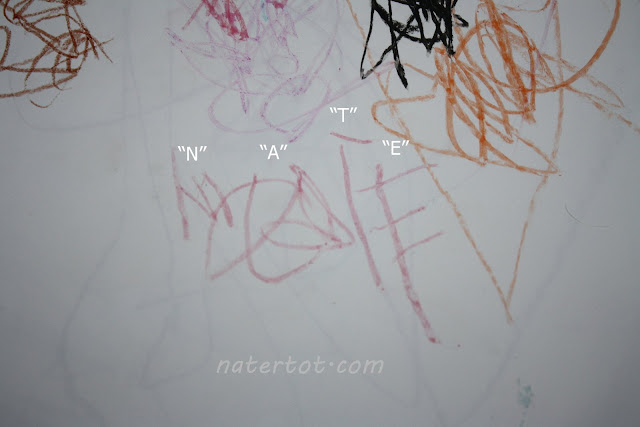 What I should have posted during July... 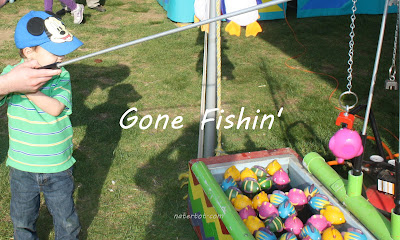