We stocked up on a bunch of crafty crap at the store the other day. I bought forty dollars worth of pine cones, glitter glue, a horrible smelling foam gingerbread house and other assorted nonsense. The plan was to keep us busy all winter. Or at least for like a couple weeks. FAIL.

We basically exhausted all of the projects in one sitting. But really, once you start playing with glitter glue, it's hard to stop. Have I mentioned how much I love glittler glue?

Last Christmas season I heard about ornaments that you could you make from a homemade cinnamon dough. Word on the street was that they were easy to make and smelled delicious for years to come. So this year, I decided to Google the recipe and make them with Nate. Now, you would think that a craft project that called for two mainstream ingredients and just a few simple steps couldn't be screwed up. You would be wrong. Apparently, I am just that talented. 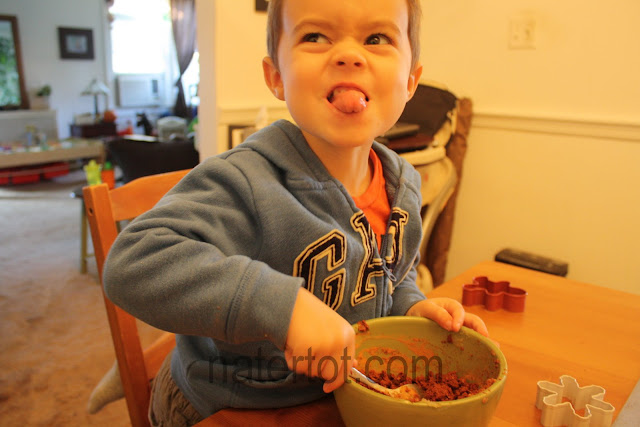 There are a bunch of different recipes, but most of them involve two ingredients: cinnamon & applesauce. You mix them up, roll out the dough and then let them harden in the oven or overnight sitting out. So easy, right?  Not if you're me. And you decide to use pumpkin pie spice instead of cinnamon. And not if you completely mess up the proportions and add too much applesauce. 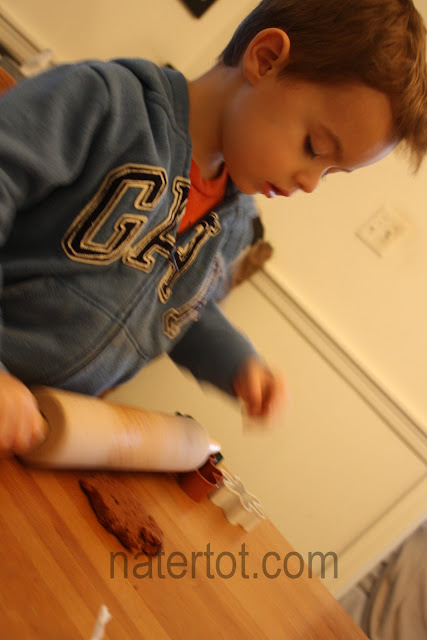 We cooked them up anyway and not-so-shockingly they came out a crumbly mess. Okay, so lessons learned. Just use cinnamon and measure correctly. Another tip? In addition to making sure that your 3 year old knows that the dough is not to be eaten, also make sure that your husband knows it too.  Although,  the bright side is that you can find out just how much your husband will lie to you about your "cooking" in an attempt to not hurt your feelings. Sweet, sweet, gagging man. 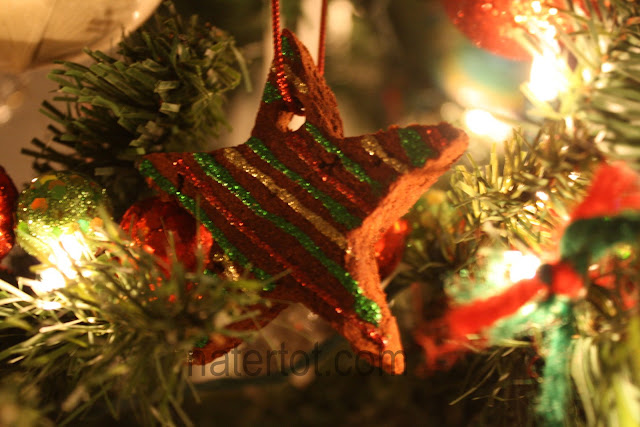 Attempt number two was much more successful. We used equal parts cinnamon and applesauce (about a cup of each, and then added another dash of cinnamon when it was a little too wet). Then we baked them for 2 hrs in a 220 degree oven. I think we got about 9 or 10 ornaments. We then decided to take out the "non" in our non-toxic ornaments by decorating them with GLITTER GLUE. Because glitter glue is awesome. Merry Christmas!

TURNTABLES!!! have been on the top of Nate's Christmas list for the past two months. So they moved to the top of Santa's list too. And then as soon as the elves delivered, Nate started using his little wooden table in lieu of actual turntables for his Black Eyed Peas concert performances. Apparently he just needed to throw everything that was on the table onto the floor like a madman and then move it to the other side of the room. Voila! He's very resourceful. I hope he still has a use for the real thing once he gets them. 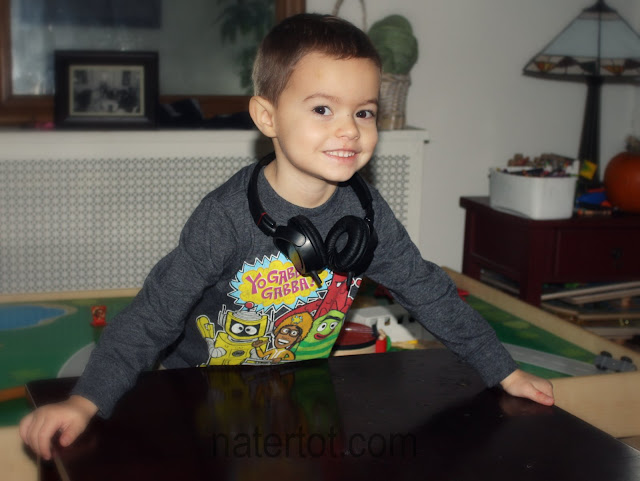 There is something so sweet about getting flowers from the man in your life for no other reason than to say "I love you."

These are the first flowers I've ever received from the little man in my life. Daddy swears it was all Nate's idea.  Who knew my little guy could be so thoughtful? Of course, Nate does have the best role model around. 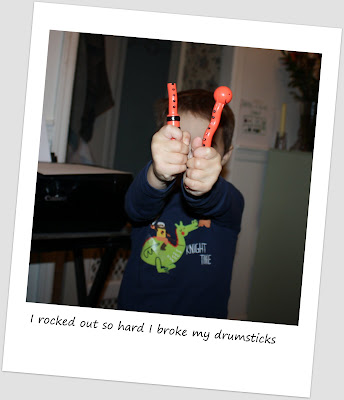