'Twas the night before Christmas 2012

And all through the house, Nate hid from my pictures... 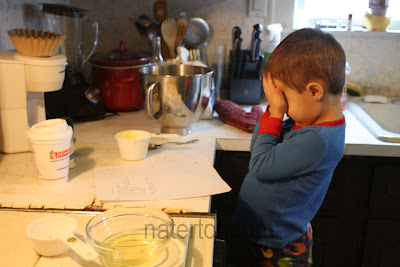 as we baked cookies using the mixer affectionately known as "Mrs. Garrett" ...or "Gran" or maybe "Mrs. Salvatore" 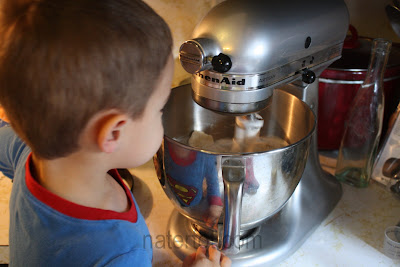 and smacked some walnuts 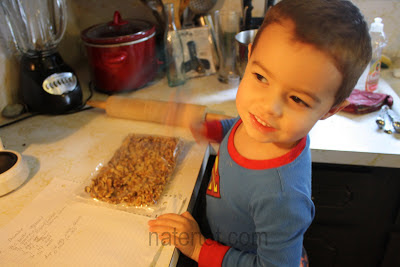 and smacked them some more. 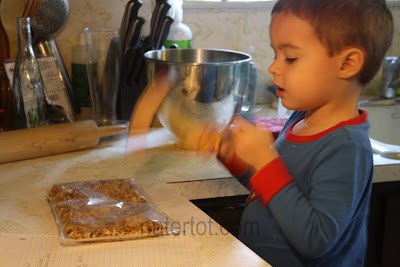 The first batch were Gam's thumbprint cookies. It turns out that lard is actually a necessary ingredient. Lard. They are just not as tasty without LARD. Sadly, we did not realize this and substituted butter. 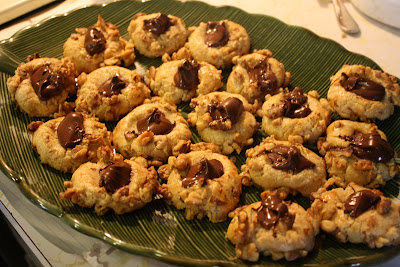 We also made sugar cookies. Because we can't give sub-par lardless cookies to Kris Kringle. He would be p@&&%* off. 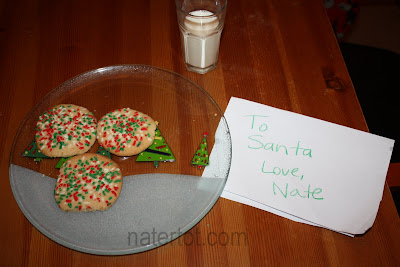 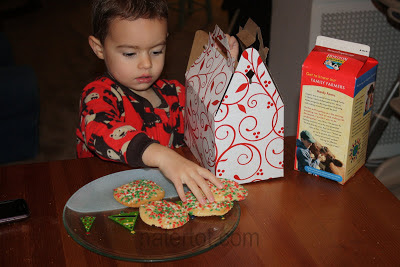 Nate felt three was a good amount and we should offer chocolate milk, as it was revealed on Max and Ruby that Santa actually prefers chocolate milk. Alas...all out of lard and Hershey syrup. 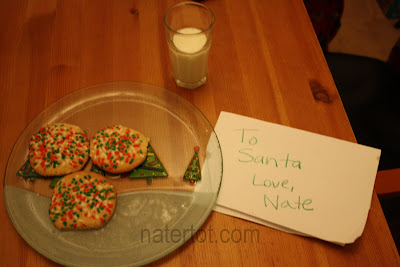 And Christmas miracle, it snowed! It was melted by the morning, but we'll just ignore that part. 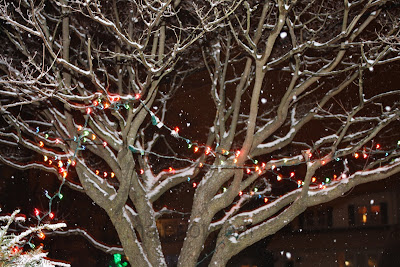 Shockingly, Nate eventually fell asleep so Santa could arrive. We have no chimney, so he enters using magic. Nate seriously considered having us post a note on the door to leave the presents outside. Because, let's face it...the idea of a strange man with questionable dentistry (I learned this from Nate, who reported back to me after getting up close to Santa on a school field trip) entering your home without a key while you sleep is SUPER creepy. 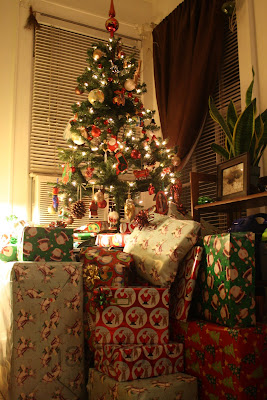 Luckily, Nate forgot to renew this request and Santa was able to deposit the loads of Star Wars gear inside our house under our Charlie Brown tree. Yay!
Posted by Amber@Nater Tot at 8:31 PM 2 comments