Nate has been home all week, as he's in between school and summer camp. It was Wednesday before I realized we needed to stop staying home and start doing some fun things. So we went back to one of our favorite museums, the Cradle of Aviation. 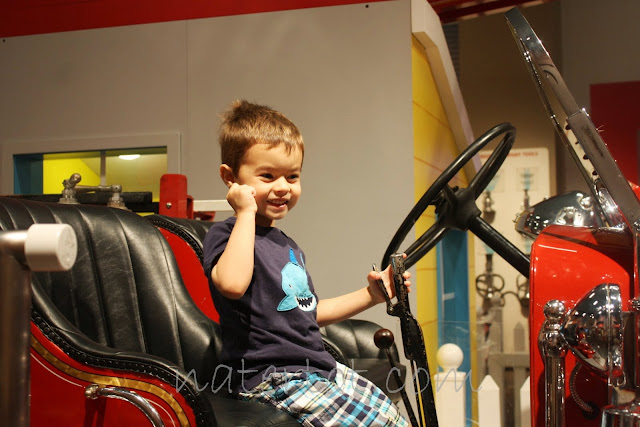 Inside the museum is another awesome museum, The Firefighters Museum. Nate is super into pretend play, so we spent a LONG time driving to the fire, putting it out, driving back from the fire, rinse and repeat. 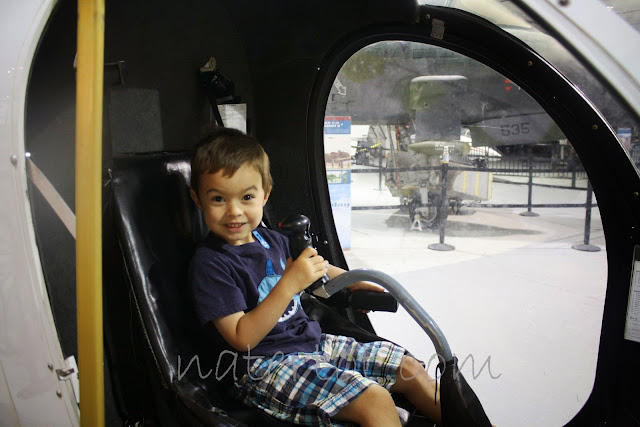 We visited the helicopter and thankfully, none of the sweet old men docents stopped by to tell Nate how to operate it. Nate doesn't take kindly to strangers right now. 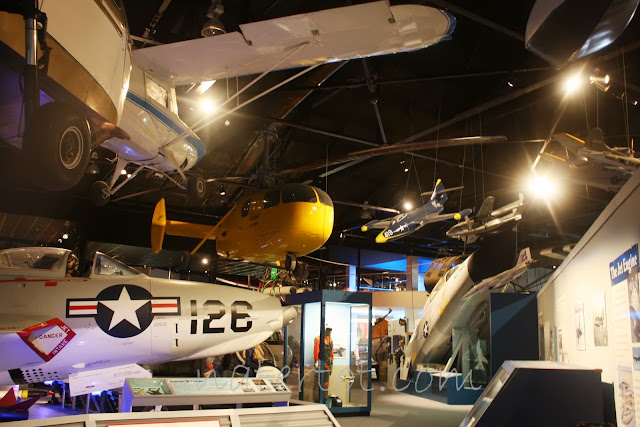 Some day I'll have a chance to read and learn about the exhibits. Someday. 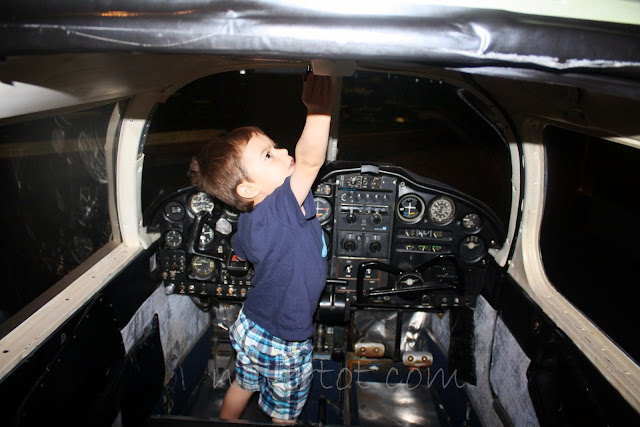 But for now, it's way more important that we play Han and Chewie in every cockpit that we can get into. 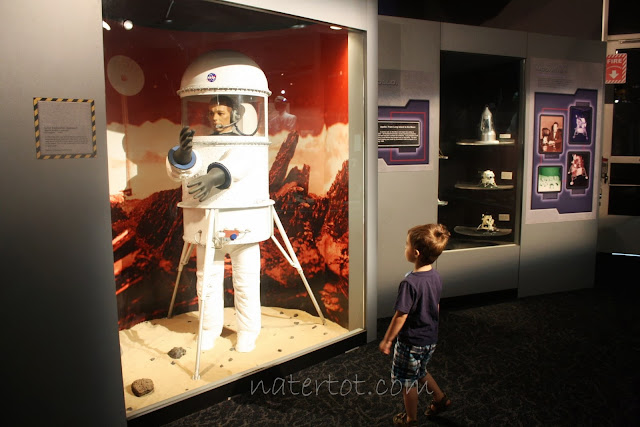 Nate was pretty impressed with the astronaut and moon landing exhibits. 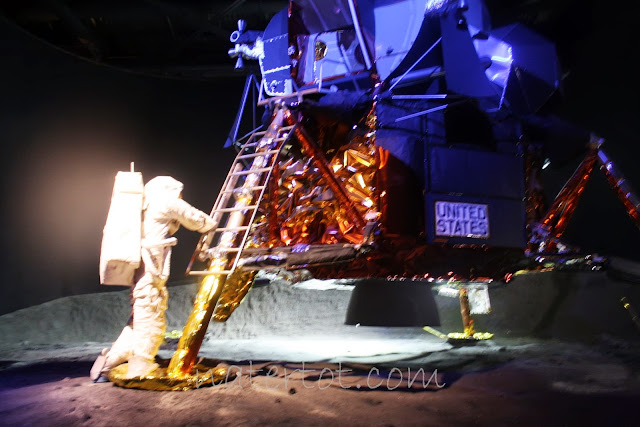 I believe he said, "That's AMAZING!" when he saw this. 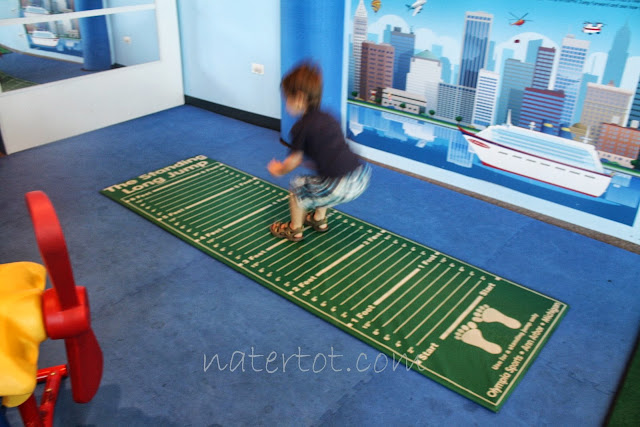 In the little playroom. His record was 4 feet, but of course I didn't catch that one. 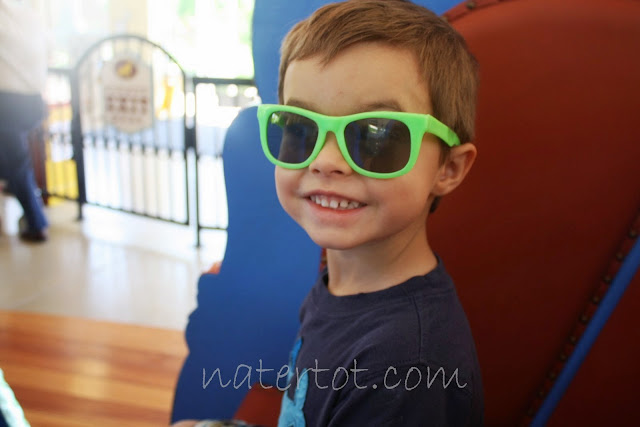 We stopped at Nunley's Carousel after the museum. I asked him where he wanted to go and he chose the second seat of a little carriage rather than a horse or lion. I was pretty psyched, since I'm old and get dizzy now. But after a minute I realized that the people in front of us were the ONLY other people on the Carousel. And we sat immediately behind them. Like in the same structure. Who does that? We do, apparently. I was horrified. But not enough to move. 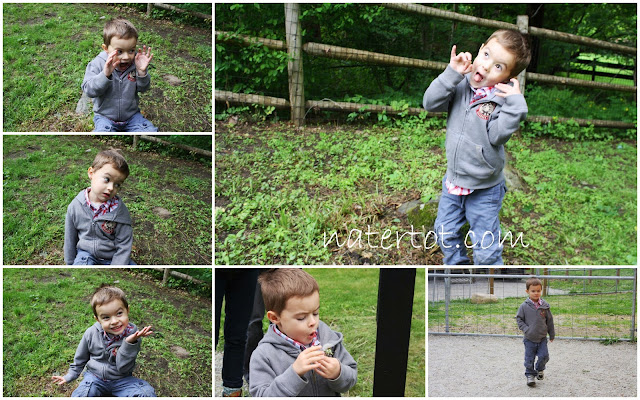 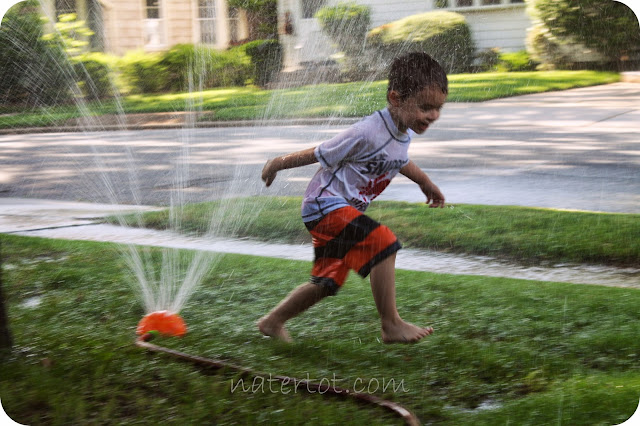