I put a note in Nate's lunch every day. On the days he buys lunch (twice a week), I put the notes in his snack. It's surprisingly hard to come up with different things to say 5 days a week that he can read. Sadly I am not usually feeling super creative late at night when making lunch and often write weird things like, "Happy Dinosaur Day."  He doesn't typically comment on them unless I ask about it. I didn't think he really paid much attention to them at all until he mentioned one day (in response to my note "I am Batman. Love, Mom") that his friend told him that I could not be Batman because I am a girl. After clearing that up - because HELLO...I *am* Batman - I questioned him on how his friend saw my note. Apparently he and his buddy always show each other their notes. Cute. I later learned at a birthday party that the friend gave his mother very specific instructions so that her notes would be just like my notes to Nate. Cute stationary is no longer allowed for lunch notes in their homes, and must be written on a paper towel instead. Here is a typical sample... 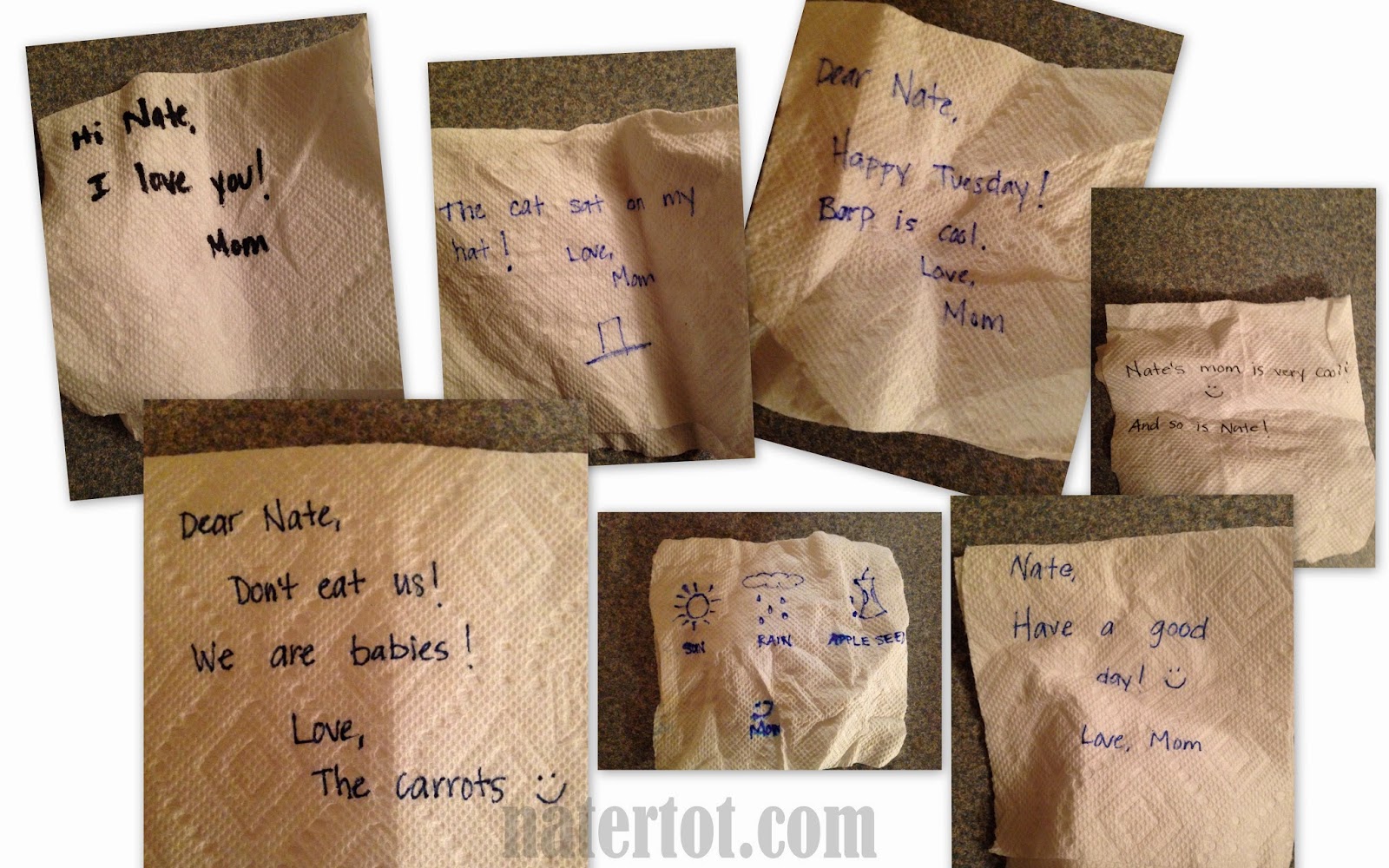 I still have these notes because Nate doesn't typically use them (I mean he does have sleeves) and they usually come home in his lunch bag. And then I save them because I am a obsessed with not wasting paper towels. So if you come over and have to use an old, crumpled, written-on paper towel to dry your hands now you know why.